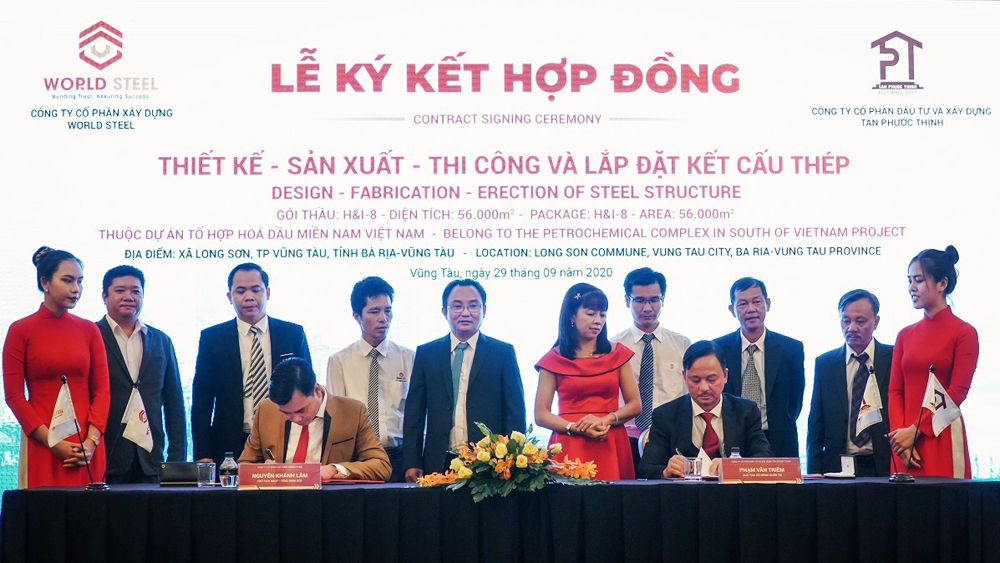 Long Son Petrochemicals Complex (Long Son Petrochemicals – LSP) is invested by leading Thai conglomerate SCG Group with a total registered capital touching $5.4 billion in Long Son district, Ba Ria-Vung Tau province. This is the first petrochemical complex in Vietnam and has a capacity of up to 1.6 million tonnes per year, capable of replacing imported polyolefins.

Package H&I-8 has an area of 56,000 square metres and a total value of $10 million. It was officially handed over by Tan Phuoc Thinh to World Steel Group to assume the role of design-production and construction installation. This is a very important category in the H&I-8 package. 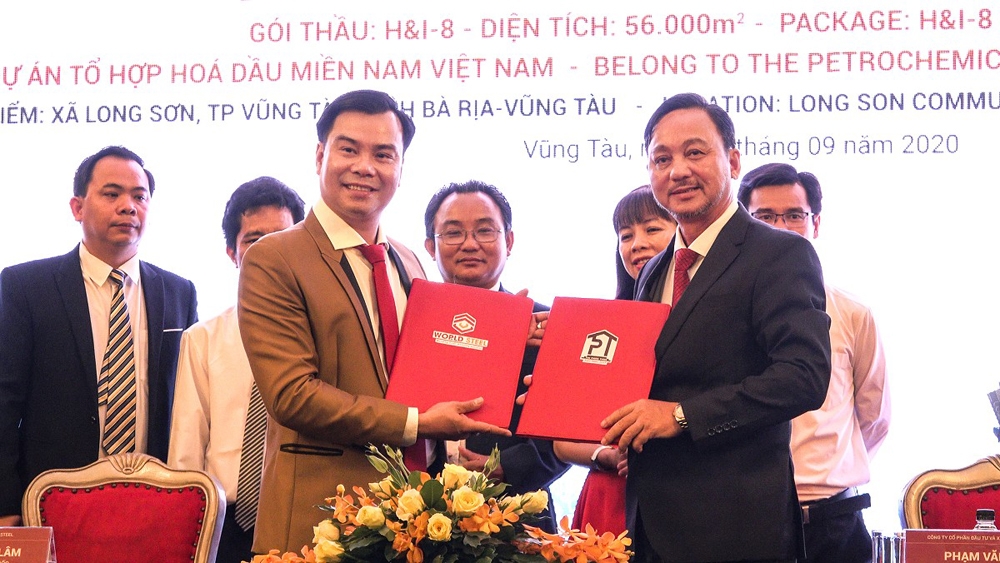 According to Pham Van Triem, chairman of Tan Phuoc Thinh, after a period of carefully reviewing and evaluating the capabilities of contractors who are leading steel structure companies in Vietnam, the company decided on World Steel Group to become the design and construction contractor of Package H&I-8 of Long Son Petrochemicals Complex because it is one of the few companies to fully meet the rigorous criteria of the project and Tan Phuoc Thinh’s expectations for it.

World Steel Group was also the first company in Vietnam and Asia to obtain the IAS AC472 Quality Certificate for the steel structure sector.

In Vietnam, World Steel Group is a leading construction engineering contractor specialising in providing package solutions for the fields of pre-engineered steel buildings for industrial use from design and production to construction installation.

The company has been steadily growing its reputation in the domestic and international markets by engaging in diverse projects such as executing important components of the Hoa Phat Iron and Steel Complex project, CPV Food, GPPD-Binh Phuoc, and the Becamex energy battery manufacturing factory.

It also took part in different stages of Chinese giant Tongwei Group’s projects in Tien Giang and Hai Duong provinces, as well as export projects to Southeast Asian markets such as: a 7-Eleven project in Thailand, a Coca-Cola warehouse project in the Philippines, and numerous export projects to the US such as: UR Warehouse, Railing, and Carpot, continuously satisfying investors with the quality of the work, construction progress, and implementation capacity.

World Steel Group was also the first company in Vietnam and Asia to obtain the IAS AC472 Quality Certificate for the steel structure sector. This is a prestigious certificate recognised by the American Metal Building Manufacturers Association (MBMA) and ICC, and is the standard metric for companies that design and manufacture pre-engineered steel structures and steel building systems for the US market. Achieving the IAS AC472 certificate was a significant milestone in the group’s development and affirmed its strong competitiveness in the world market. 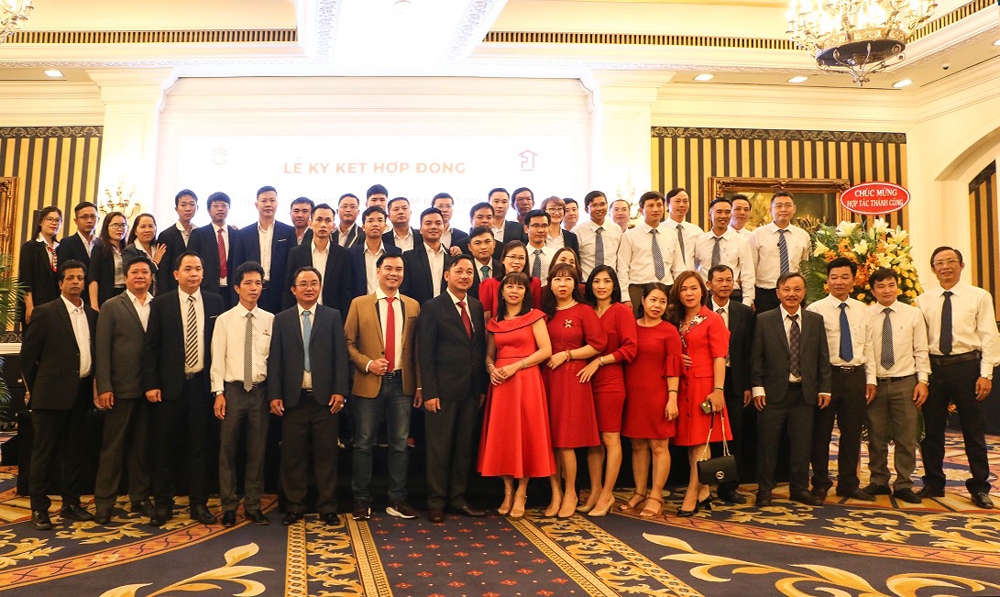 The leaders of the two parties after the signing ceremony

The Long Son Petrochemicals Complex project (in Long Son commune, Vung Tau city), one of the projects with a great influence on economic development in the southern province of Ba Ria – Vung Tau, is expected to be completed in 2022.

Once operational, the project will create strong positive impacts in many fields, especially in supporting industries, attracting new investment in the post-petrochemical sector and improving the resilience of the local economy. With a total investment of $5.4 billion, the Long Son project will attract about 1,000 skilled workers and contribute to the budget about $60 million annually.

BROCHURE WORLDSTEEL
close
Start typing to see products you are looking for.
Sidebar Scroll To Top