The construction of the VND645 billion Dak Mil Trade Center was kicked off in the Central Highlands province of Dak Nong on January 6 by the Vegetable Import and Export Joint Stock Company (a member of T&T Group).

Developed by the WorldSteel Group, the project is scheduled to complete in 2022 and expected to become a modern commercial, service and entertainment center, integrating the most synchronous and classy utility system in Dak Nong province as well as the Central Highlands in the near future.

Dak Mil Trade Center project is built on an area of more than 7,500m2, in Dak Mil town, Dak Mil district, Dak Nong province. The project is designed and built into a complex of prominent architectural works with many functional areas such as: commercial center, shopping stall, event area and modern facilities including: cinemas, restaurants, cafes, GYMs, hotels and other utilities of international standards. 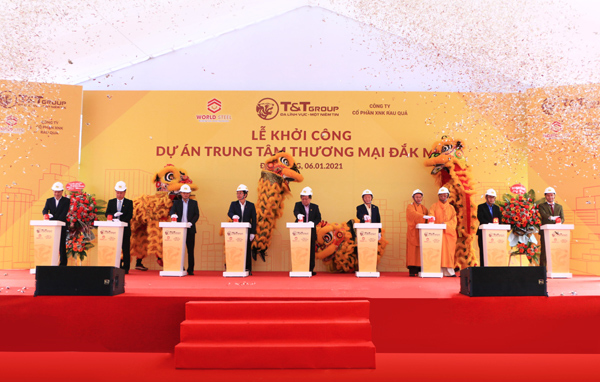 T&T Group Chairman Do Quang Hien and Chairman of WorldSteel Group Nguyen Khanh Lam and other delegates press buttons to start the project.

“Dak Nong province identifies this as one of the key projects with strategic significance. After being completed and put into operation, this will have a positive impact on the life – economy – culture – society of Dak Nong, creating a highlight in the commercial infrastructure system – service – tourism of the province,” Hai emphasized. 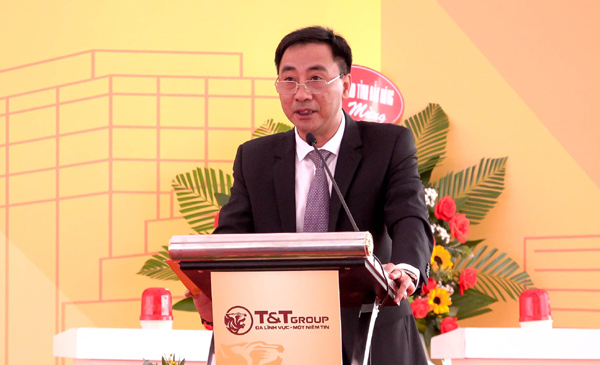 Mr. Nguyen Anh Tuan – Deputy General Director of T&T Group – said that coming to Dak Nong, T&T Group wishes to contribute efforts to build and develop socio-economic for the province. Thanks to the support of the local government, T&T Group has researched and proposed to invest in strategic projects to exploit the potential and advantages of Dak Nong. When these projects are implemented, they will contribute to create motivation for the province’s socio-economic development. 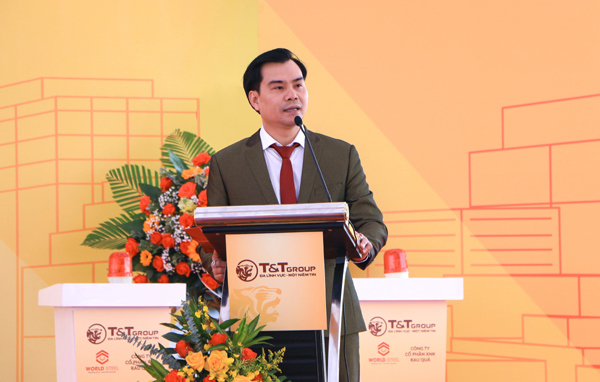 Mr. Nguyen Khanh Lam – Chairman and General Director of World Steel Construction Joint Stock Company – shared his pride in being with T&T Group (one of the largest private corporations in Vietnam) in this key and very important project, at the same time committed to the investor & local leaders wishing to bring the highest spirit of dedication to the community with good products, quality projects and completion on schedule, bringing practical values to the Dak Mil district in particular and Dak Nong province in general.

World Steel Group is known as one of the leading construction contractors and especially with outstanding capabilities in the field of industrial construction, specializing in providing package solutions for the fields of steel structure, prefabricated steel buildings used in industry, from design, manufacturing and erection.

World Steel Group is also the first company in Vietnam and Asia honored to obtain the IAS AC472 Quality Certificate for the steel structure sector. This is a prestigious certificate recognized by the American Metal Building Manufacturers Association (MBMA) and ICC. This is the standard metric for companies that design and manufacture prefabricated steel, steel structural and steel building systems for the US market. Achieving IAS AC472 certificate marked an outstanding development and affirmed World Steel Group’s strong competitiveness in the world market.

BROCHURE WORLDSTEEL
close
Start typing to see products you are looking for.
Sidebar Scroll To Top